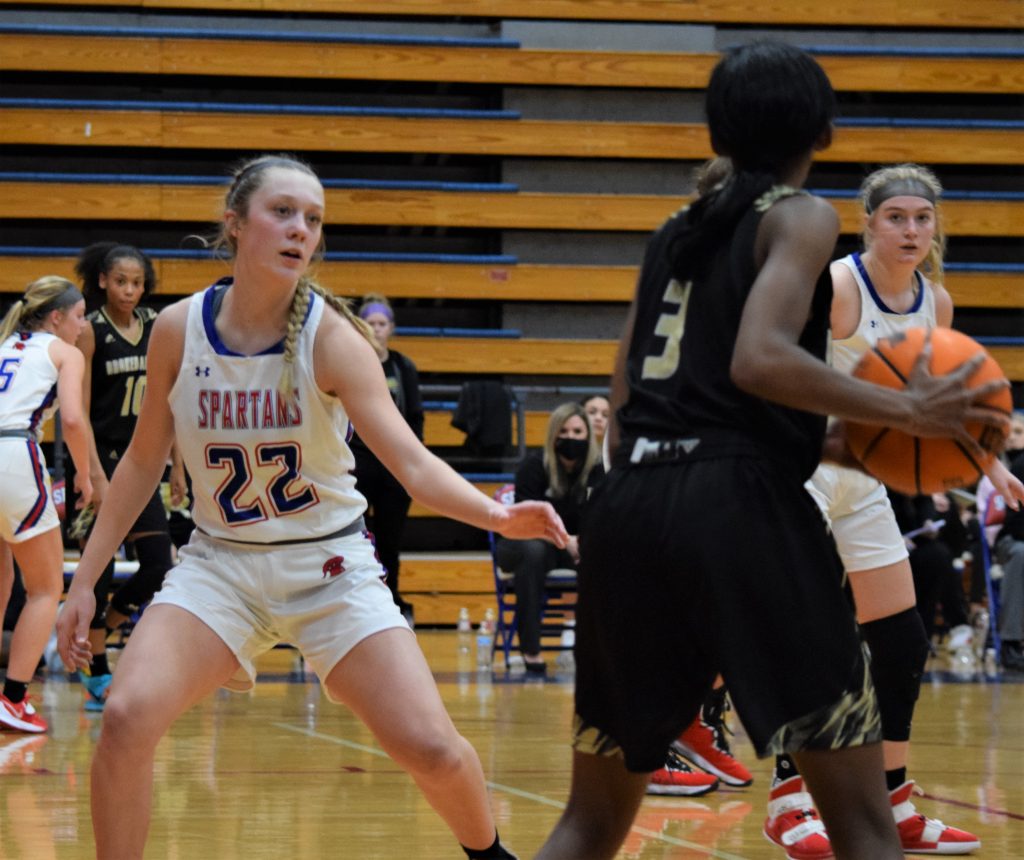 Coach Tina Thomas’ Lady Spartans celebrated the return to the court by improving to 12-4 overall and to 6-0 in conference play. BA dropped to 5-7 and 2-4.

The Lady Spartans were crisp from the start despite a lack of playing time since the Union game more than a week ago was postponed. They impressively shared the ball, displayed accurate shooting inside and outside while competing defensively against the Lady Tigers.

Bradley converted a conventional three-point play as the Lady Spartans’ lead grew to 47-27 with 7:26 showing in the third quarter. Four straight baskets by Wernli gave the hosts a 51-30 lead. Bixby was in control the remainder of the stanza, taking a 69-39 lead entering the fourth quarter.

“Even though we haven’t had games recently, we haven’t had one lag of their intensity during practice, which is really remarkable. These girls come in, put on work boots every day ready to work,” Coach Thomas said. “These girls are in sync and they are hungry. They work hard to get better … they are a fun group to work with.”

“I was very happy when I hit the first shot. I felt good tonight,” Wernli said. “We were all so antsy to play. I don’t know how we kept our energy in practice going that long without playing. We just did what we needed to do tonight.

“Every practice we try to get better, we’re looking at the bigger picture, but we know we’ve got to keep winning. Our passing tonight was insane … if someone had a good shot but someone else had a better shot. we got to the ball to them.

“I’m so pleased with our team. I think everyone was so excited we just brought the energy. We don’t take getting to play games for granted, she added.

NOTES – Bixby returns to action Tuesday, February 2, when the Lady Spartans visit No. 16 Muskogee (6-7). The Lady Spartans host No. 18 Jenks (6-10) in a Frontier Valley Conference game Friday, February 6. …Senior Night will be celebrated in between the girls’ and boys’ games with Jenks Friday with Lady Spartan and Spartan senior players and their parents recognized. … The Lady Spartans are on a four-game winning streak. … Several Lady Spartan reserves saw playing time in the fourth quarter against BA.